Panmure’s new transport interchange, due to open in January 2014, is intended to make commuting a more seamless experience. The new bus and train station, which will be the gateway to a high frequency busway, is a significant step towards improving transport connections for Auckland’s eastern suburbs.

The interchange, which is part of the Auckland Manukau Eastern Transport Initiative (AMETI), will be officially opened with a community event at 11a.m., Saturday, 18 January 2014.

It is the first stage of the Southeastern Busway between Panmure, Pakuranga and Botany. The next stage will see the creation of the busway lanes along Lagoon Drive and Pakuranga Rd to a new bus station at Pakuranga town centre.

The busway will offer passengers faster and more reliable travel times by removing buses from congestion. It will better connect people in the area to trains to the city and the south.

Features include a new central pedestrian plaza linking both sides of the rail tracks, two lifts, escalators to both platforms and four sets of stairs at the main access points. Ticket machines will be installed on both platforms with a staffed ticket office on the ground floor.

The next stage of the project will unlock further benefits for transport in the area once the Panmure roundabout is removed and a busway from Panmure to Pakuranga town centre is built. 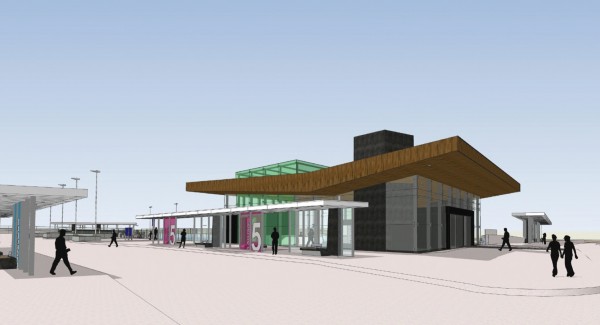 Making Stonefields a great community to live in

Join the Stonefields Residents Association and stay in the loop.Join Free